A brief note on wines

A brief note on wines 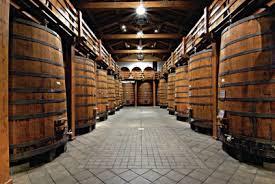 Sicilyâs wines used to be regarded as "vini da Taglio", in that they were used to boost the alcohol content of wines from other areas but, today, although not all have acquired the fame of the fortified wine of Marsala, Sicilian table wines and D.O.C. wines such as Alcamo, Nero dâAvola, Etna Rosso, il Corvo and Regaleali are delights in store for anyone who has not had the opportunity to taste them.