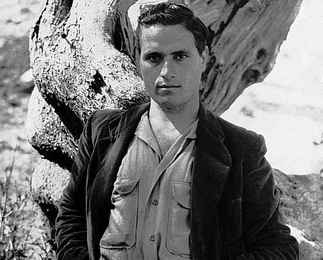 In 1937, Benito Mussolini declared that Sicily was the geographical centre of the Fascist Empire, but its problems still remained unsolved.
Even the worst of them, the âMafiaâ one, which was strongly opposed by the Fascist Prefect Mori, was never defeated.
In 1942 the American mafia sent for some representatives of Lucky Luciano to come to Sicily in order to coordinate the Alliesâ landing in Sicily. The so-called operation âHuskyâ was accomplished in 38 days.
The Allies landed on the Southern coast of the island on July 10, 1943 under General Patton.

After the Second World War, the never-ending idea of Sicilian separatism became more and more evident, with the foundation of a new political party, the MIS or the Movement for Independent Sicily.

People from all different parties, including communists and Christian democrats, agreed on the same ideas, but never on the solution to any practical problem. Too many of them were just romantics and idealists.

Many solutions were proposed, even an annexation to the States, but nothing was agreed upon.
The MIS also created its own army, the EVIS, "Esercito Volontario per lâIndipendenza Siciliana", the voluntary army for Sicilian Independence.

The famous bandit Salvatore Giuliano joined in, under pressure from the local mafia.
In spite of its many faults and a very bad organization, thanks to the MIS, the on-going problem of Sicilian autonomy was resolved.  On realising the worsening situation the Italian Government, in 1946, approved Regional Administration,  and on February 26, 1948 the Constitution of an Independent Sicilian Region was established within the framework of the Italian Constitution.