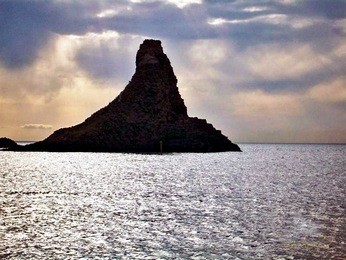 Giovanni Verga was a Sicilian writer who lived in the XIX Century. He was one of the most authentic writers on the island, an author who realistically described the dire poverty of the Sicilians as they struggled with their hard, daily life.
His most famous work is The Malavoglia - "The Reluctant Ones", set in Acitrezza, a fishing village near Aci Castello, a few kilometers from Catania.

In a house under the shade of the medlar tree, still open to visitors, Verga describes, in Italian infused with Sicilian dialect, the life of the Toscano family, nicknamed the Malavoglia, a family of unfortunate fishermen who sail the sea and struggle to make a living. The book, brutal and harsh, was a great success, so much so that the director Luchino Visconti in 1948 made it into a movie, "The earth trembles".