About the Sicilian Nature

About the Sicilian Nature 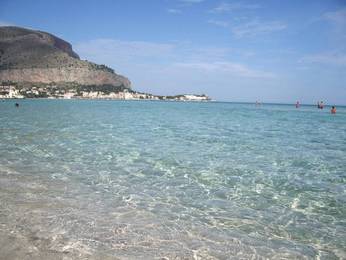 From the un-spoilt beaches of Taormina, Vendicari and San Vito Lo Capo, Sicily offers a unique view from the mountain tops: 5 regional nature parks.
Etna is certainly the most famous, with its 3300 metres in height and spectacular eruptions, from whose summit you can see the Aeolian islands and Calabria. The volcano has many interesting aspects with its vegetation typical of north Europe, and at the top, for its black landscape similar to that of the moon.
But Etna is a young volcano. Some Sicilian mountain ranges, along the Tyrrhenian Sea, such as, the nature parks of Nebrodi and the Madonie, full of small historic towns, were created by the mixture of the African continent and that of the Euro-Asiatic one. Therefore mountaintops of over 2000 metres in height have sprung up from which ancient forests have lasted from the ice age of over 70 thousand years ago, and where the eagles make their nests and animals, only to be found here, live.
The river Alcantara is also a nature park, close to Taormina, famous for its gorges, deep canyons of 25 metres, with their sides made from lava stone, created by the mixture of the hot lava of an old eruption and the cold waters of the river.
Only recently a fifth nature park was created, between Palermo and Agrigento, the park of Sicani, distinguished by its mountains full of fossils, streams and green forests, where man can still live like shepherds, as in times gone by, in direct contact with nature.