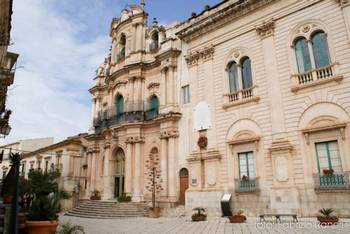 Scicli is a most lovely city in the province of Ragusa, lying on a vast valley amidst rocky mountains, where the San Bartolomeo, the Santa Maria La Nuova and the Fiumara di Modica rivers join.

Its 18th century look most resulted from the reconstruction that followed the terrible earthquake of 1693.
Thanks to its elegant palazzi and churches, and its picturesque shape, it is famously known as the “Baroque Jewel”.