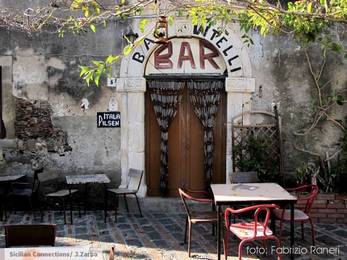 Although no one knows why the Penterfur settled right here, instead it is known that Savoca owes its name to the presence of elder trees, in Greek Sabuka, hence the dialect term, still used today, Sauche. “Modern” Savoca developed, starting from about 1134, around the Pentefur Rock, named after its ancient inhabitants, whose existence is still alluded to in the quarter of the little town which continues to be called Pentifurri.

For a long time Savoca was a castle town with walls round it with two gates in them, one of which is extant.
It has a great many churches, but unfortunately, due to the 1880 landslide, it lost the monumental one dedicated to St. Lucy. However, there are still a great many major architectonic works like the cathedral church, Santa Maria in Cielo Assunta, San Michele, with sixteenth-century portals in sandstone, and San Nicolò, more similar to a fortress than a church; there are also the ruins of the Pentefur and many other things.