Why Taxi Taormina Is The Best Way To Explore Sicily? 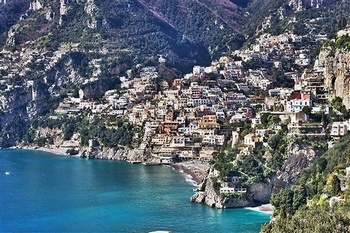 The island of Sicily located in the southernmost part of Italy is known as an excellent beach destination. It is an autonomous region and the largest island in the Mediterranean Sea. The main islands which are mainly mountainous are surrounded by the smaller ones.

Besides being known for its natural setting, the island is rich in culture and history with evidence of many cultures co existing at once. Thus the construction of some form of monuments that mark their presence was inevitable in Sicily Excursions. Some of these are in the form of castles which serve different point in the point of history. Heres a look at our top five.

As known as the Venus Castle because of its association with fertility, the castle or fortress stands on the site of a temple that was dedicated to Potina, the goddess of fertility for pre-Roman group of Elymians. As per some legends, this is the burial place of Erix after he was handed defeat by the hands of Hercules. It was built during the 12th Century using stones which was then restored and renovated in 19th Century. An English-style garden was created next to it.

Located in the historic town of Erice which is situated on the western edge of Sicily, it is easily reachable from other major towns either by Taormina Taxi rides or bus transportation.

This castle was constructed in between 1075 to 1090 by Ruggero II. The name of this castle is given according to a legend which formed the baseline for the poem The Bitter Case of the Baroness of Carini. The castle is renovated several times over the centuries and thus might feel like recently constructed one, especially the decorated and well-maintained interiors. The ground floor today serves as a library while the upper floors offer a splendid view of the coastal environment and the town of Carini.

The town is reminiscent of the old medieval period old monuments, buildings, and mediocre roads. Buses and taxi rides do go to the city but traffic sometimes delay things up.

Located in the heart of Sicily, Catania, the Ursino Castle was built in the 13th Century as a royal residency for the royals of Kingdom of Sicily. But during the Sicilian Vespers after the capital city status was taken away from Catania, the castle was used as a prison. Later some part of the palace got destroyed in earthquakes and volcanic activities, but survived.

Since then, it has been operating as a public museum and houses many antiquities of Sicily. The gardens created nearby still preserves its royal charm. From Taormina, taxi ride will take you to Ursiano Castle within an hour.

The castle of Castelbuono was constructed in 1316 on the high altitudes of San Pietro hill. It uniquely possesses a blend of Arab and Norman construction styles which is evident from the cube structures and square towers. Because of its high location, it is referred to as Castle of Good Air or Castello del buon aere in Italian. There are underground dungeons which lead to the Church of San Francesco.

There are a number of other things to see in the vicinity of this castle. One of them is the Church of Matrice Vecchia located on the remains of a Pagan temple. Museum of Nature, Civic Museum of Art are other places to explore.

Located in the top of a hill overlooking the coast, Scaletta Zanclea is a three storied building which was constructed during the Swabian Period. It was primarily used as a military facility and storage and later functioned as a cultural center for conducting shows and acts. The castle itself is delicately built as it more or less adapts the structure of the rocks of the hill that look solid from the outside.

Following the coastal belt of Sicily, you can reach Scaletta Zanclea from Taormina by a taxi ride within an hour.

Besides the above five, there many more castles, palaces, and fortresses that are present throughout Sicily. To cover all of them, Taxis in Taormina are considered the best mode of transportation. New Travel Services offer cars ranging from minivans to luxury sedans that are equipped with air conditioning, air bags, and satellite navigator. Kindly Contact Us today for car rentals or Sicily Tour bookings. 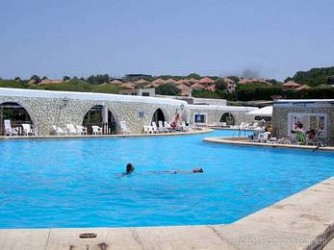 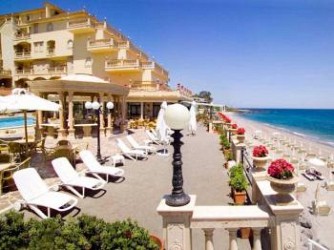